My aim in running is to simply run.  People ask me why I run and I simply shrug and tell them "I just enjoy running."  And the older I get, it gets even more simple.  And clear.

It's satisfying, then, for me (a numbers type of guy) to see the numbers from this year's running backing up my gut feel that 2012 was a good hear. 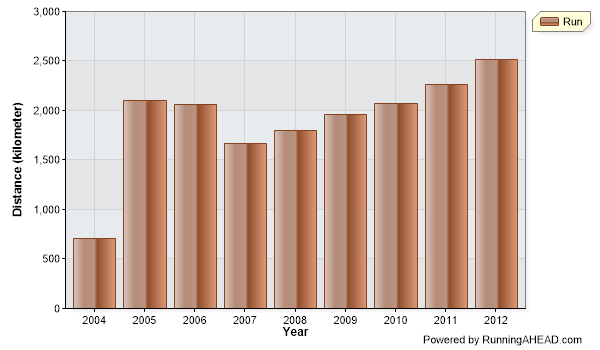 Racing went well, too.   The year had 17 races including 2 ultras, 7 marathons (5 road, 2 trail) and a pair of half marathons.  No bonks and 5 of the marathons were in near-perfect conditions, allowing even more number crunching.

Other developments in the year of minor public interest yet notable in my mind include:


And all of that is really minor.