2014 was a good running year...it's interesting to look at the numbers.

The stats here show 1,480 miles run for 2014.  The weekly mileage show some expected ups and downs but particularly low in the early part of the year. The spring months were tough with the Midwest's Polar Vortex and an extended flu/cold for me.  Summer and fall was great, though. 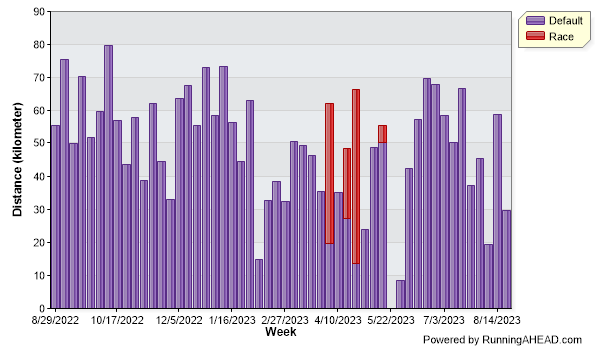 Looking at it monthly, there is less variability, simply low Jan-Mar. 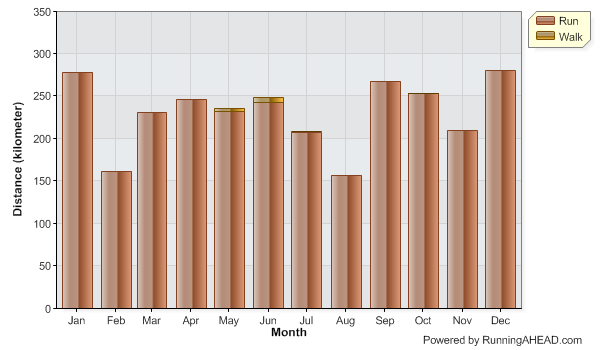 Stepping back further, here is the graph of my annual miles for the past 11 years. There are 13,483 miles here...amazing... one day at a time.  2014 was my second highest mileage year. 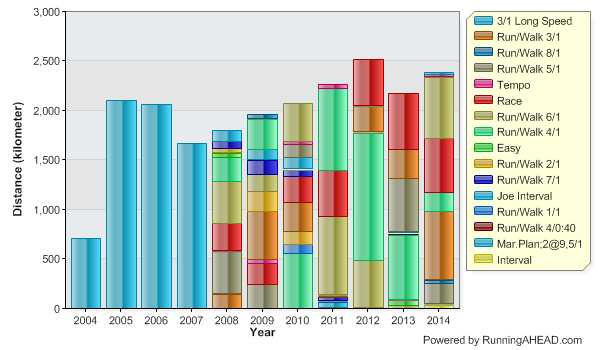 I reached my main goal for the year, finishing a 50 mile race for the first time ever.  That one still amazes me.   In addition to that race, I ran one 50K trail race, six marathons (two of them a double, also a first), four half marathons and other shorter events...a total of 23 races for the year.  In my desire to "give back", I continued as the RD of the Circular Logic Marathon in March and will do again this coming March.

What do I do differently to get there?  I'm using Hal Higdon's Intermediate 2 plan, a strategy that will get my weekly miles up (3 times hitting 50 weekly miles) with weekend runs designed to help hold my (relative) speed in the final hour of running.  I've not done either that mileage or that intensity before.  I have two spring marathons targeted (Carmel, April 18, Wisconsin, May 2) and if I don't go sub 4 in either, I'll regroup, retrain through the summer and try two more fall marathons in Indy (Indianapolis, Oct 17, Monumental, Nov 7).  If I don't go sub 4 at all, I'll be OK.  But I want to give it a serious attempt this year.

Have a great year!!  And, as always, persevere.