On January 25, 2014, I ran the Icebreaker Indoor Marathon in Milwaukee.  It was a hoot, running an indoor marathon as the snow pounded down outside.

We ran 95 laps around the outside of an Olympic grade, full size speed skating rink.  And we just went round and round.  I enjoyed it, as it was flat, no wind and a way to truly get out and run during a very harsh winter. 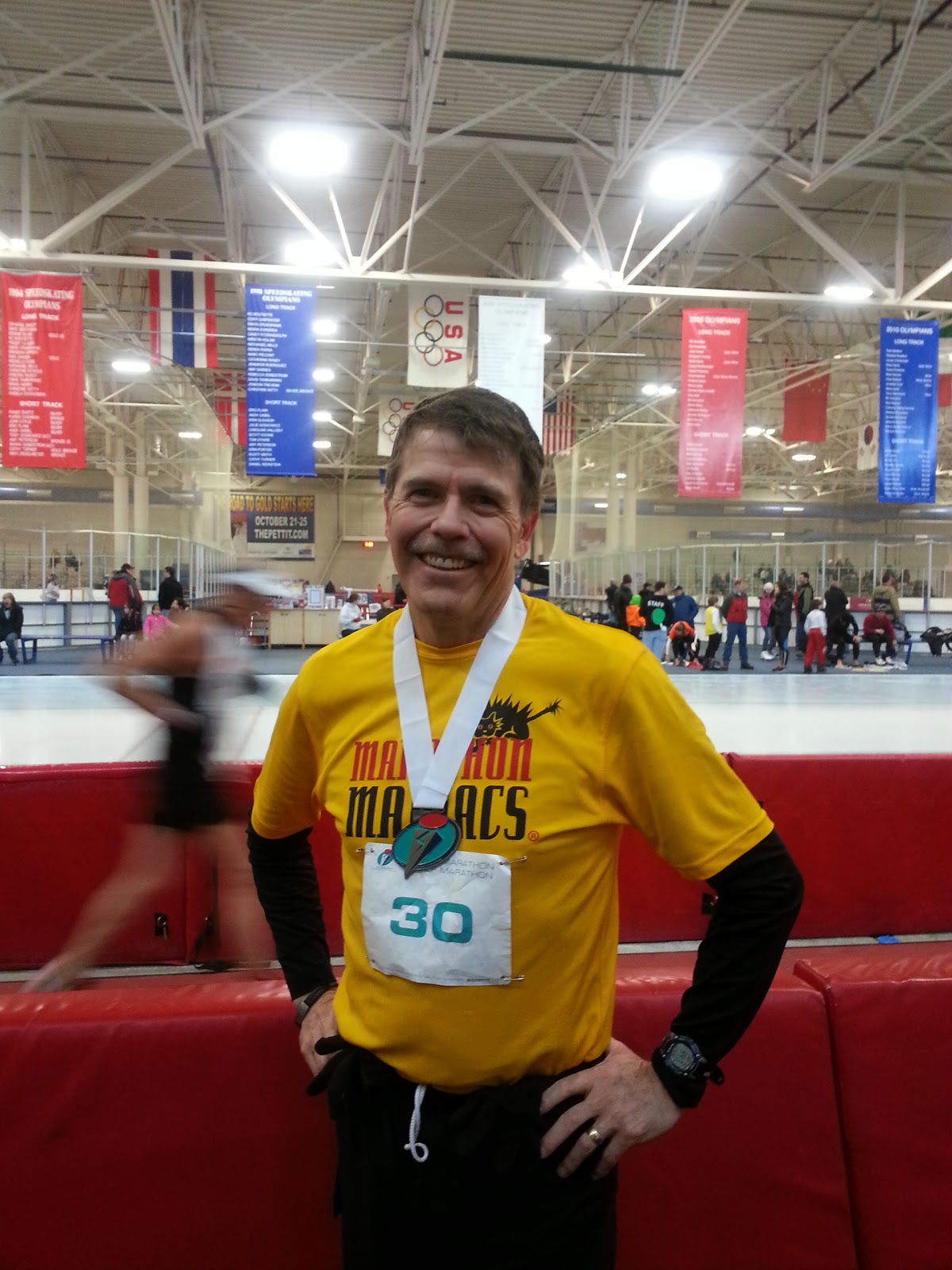 Repeatedly, people have asked me "Didn't you go crazy running 95 laps in nearly 5 hours?"  Quite honestly and pragmatically, my answer is an emphatic "No!"

There was so much going on that it was not a problem at all to run all those laps.  Biggest amongst them was the fact we ran this marathon at the same time the US National 50 kilometer speed-skating championship was going on.  We were running on the outside...the endurance speed skaters went on the inside.  I have always been fascinated by speed skating and got to see it up close and personal for a long time.  Wow, are these folks amazing athletes.

Not only was there speed skating, there was also ice hockey, another sport I've always enjoyed.  Two full size hockey rinks inside the speed skating oval were busy all the time we were running.

On top of that, the music play list for the entire race was wonderful...no need for earphones!!  There was a lot to enjoy and do, in addition to talking to fellow runners as we passed and were passed.

On top of all of this, it was good "practice" for me as well, to understand just what runners feel during loop marathons...we much keep in mind I'm the RD for a loop marathon...at least our race has a "mere" 26 laps!! 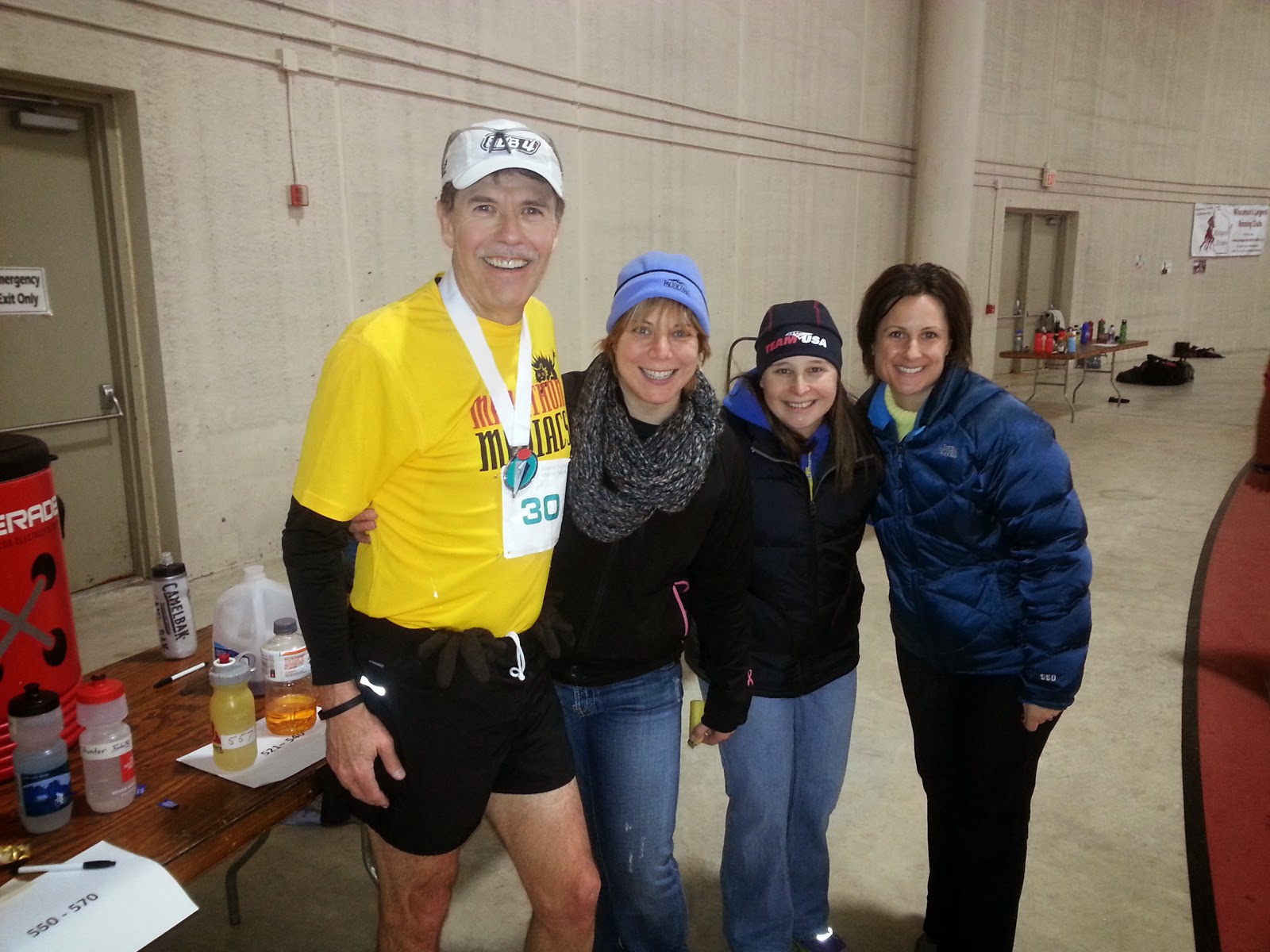 The single aid station we saw 95 times was staffed by wonderfully enthusiastic people.  It was chilly in the area next to the speedskating rink and they got cold standing there, but stand there they did!  I really appreciated them and went back to say thank you after the race. 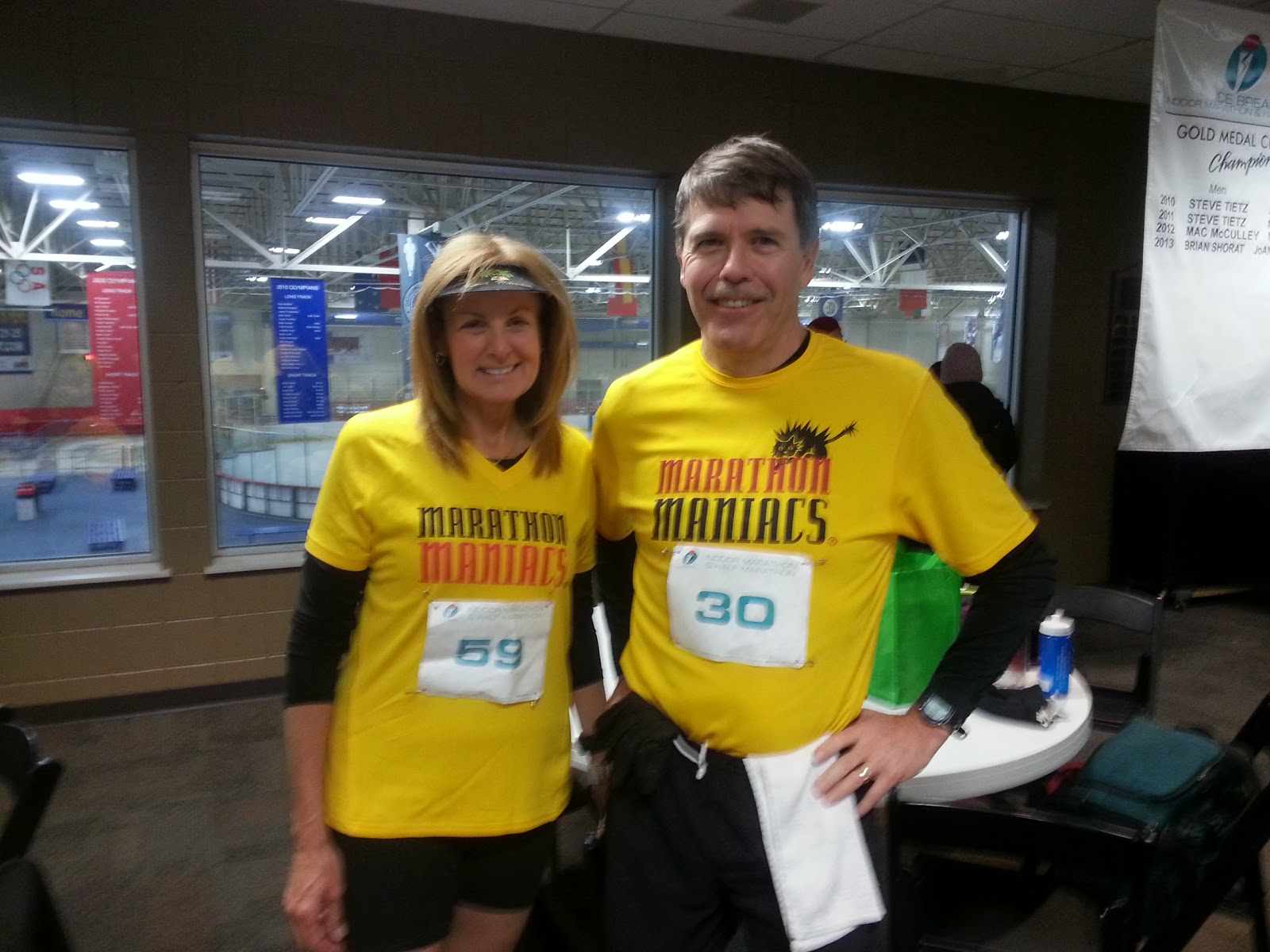 I met Sue, a fellow Maniac, before the race.  From San Diego and having connections to Purdue, I wondered about her sanity indeed leaving sunny California to get to run indoors in Milwaukee in January!

So, it was a nice race and great to run long in awful weather.  Well organized and a good winter opportunity.